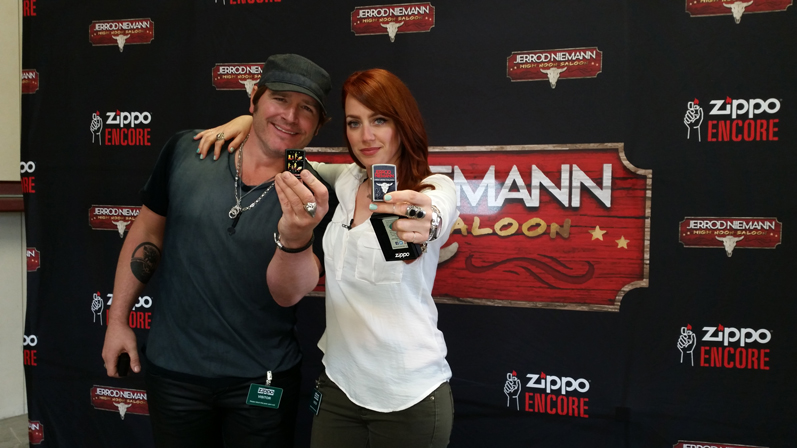 Zippo Encore today announces a partnership with country music star Jerrod Niemann. Through the collaboration, Zippo Encore will join Niemann’s summer tour, for all appearances from May through September.

At each concert stop, Zippo Encore’s pop-up retail shop will feature exclusive custom lighters, including two which were designed by Niemann himself as part of the Zippo Encore Artist Custom Series Program. These special lighters will only be sold at the Zippo booth at each of Niemann’s concerts. Niemann will also visit the Zippo booth for autograph signings at six concert stops, which will be determined during the tour.

In addition to purchasing exclusive Custom Series lighters, visitors to the Zippo Encore booth can also participate in an onsite lighter design contest by creating a hand-drawn design. One lucky winner at each tour stop will receive a Zippo Lighter. At the end of the tour, a grand-prize winner–as chosen by concertgoers who visit the booth–will win a Zippo Encore Schecter Guitar. The Zippo Encore concert booth will also offer giveaways, including Zippo lighters, guitar picks, t-shirts and bandanas, with their “Spin It To Win It” game.

“I’m proud to team up with Zippo because they are a small town American-made company that believes in loyalty and family,” said Jerrod Niemann. “They have been a huge part of our country’s history spanning from Hollywood to our military. I’m excited to be a part of the family.”

Niemann visited Zippo’s headquarters in Bradford, Pa., on May 5th to announce the partnership, tour the Zippo factory, and learn more about one of America’s most iconic and patriotic brands.

“We’re excited to begin this dynamic partnership with Jerrod, one of the most talented country music artists in America,” said Brent Tyler, global brand manager, Zippo. “Jerrod’s enthusiasm for the Zippo brand, as well as his eagerness to fully immerse himself in Zippo culture, shows that the excitement is mutual.”